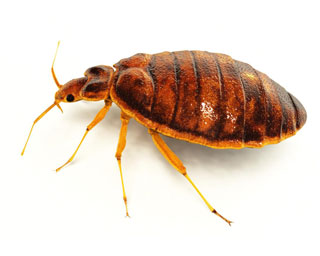 Their prefered habitat : warm houses, especially near or inside beds and bedding or other sleep areas.

Bed bugs have been known as human parasites for thousands of years. At a point in the early 1940s, they were mostly eradicated in the developed world, but have increased in prevalence since 1995, likely due to pesticide resistance, governmental bans on effective pesticides, and international travel. Because infestation of human habitats has begun to increase, bed bug bites have also been on the rise.

Take bed apart. Treat joints and channels. If hollow, such as square or round tubing, treat the interior framework. Treat mattresses, especially tufts, folds, and edges. Do not use treated mattresses until spray has dried.

Spray into cracks and crevices, holes and other small openings, where insects may be harboring, living and breeding.